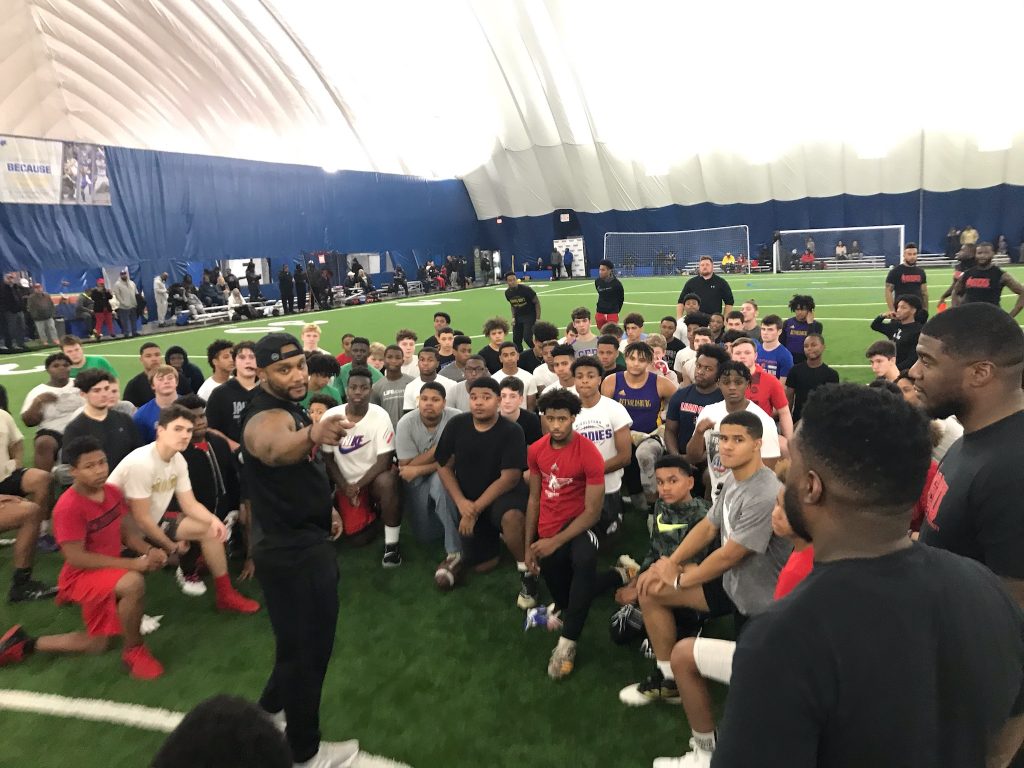 To improve as a player in the off-season, you have to be specific and purposeful about your training.

Football players must identify specific movements that translate directly to their position and work to become more consistently explosive with those movements.

At Skill Development University (SDU), we work to make football players become better at what they do. The quarterback must do more than just throw the ball down the field. A quarterback's ability to execute dropbacks quickly gives him more time to see, react and read the defense, go through his progressions, and deliver the football on time to his receivers. Learning these techniques can be the difference between a critical completion or sack.

A cornerback should focus on improving his foot speed to get in and out of his backpedal and into his break to cover a wide receiver. Offensive lineman, on the other hand, are required to make entirely different movements. They must work on being explosive with their pass sets, zone blocks, trapping, and pulling movements.

It's all about the little things...not just about getting bigger, faster, and stronger! At SDU, our aim is to teach the athletes these techniques so that they are actually able to use them on the field.

When is our next camp?

Participating in our camps gives players an opportunity to get their name out there with exposure through major recruiting services like Rivals.